When I was offered the chance to work on a colouring-in book with Literary Dundee and The D’arcy Thompson Zoological Museum, I leapt at the opportunity with slightly more enthusiasm and child-like glee than a 29 year old could comfortably justify.

To give the project a little bit of context, both Literary Dundee and The D’arcy Thompson Museum were looking to reach out to the community and increase awareness of Scottish born scientist, D’arcy Thompson, a man whose academic career and teachings revealed many of the hidden workings of the natural world, it’s various patterns and the profound role that mathematics played in biology. To achieve this they were looking to produce a colouring-in book that could be distributed amongst Dundee High School students, in an effort to capture their imaginations and provide a little insight into the fascinating world of a man they had possibly never heard of. 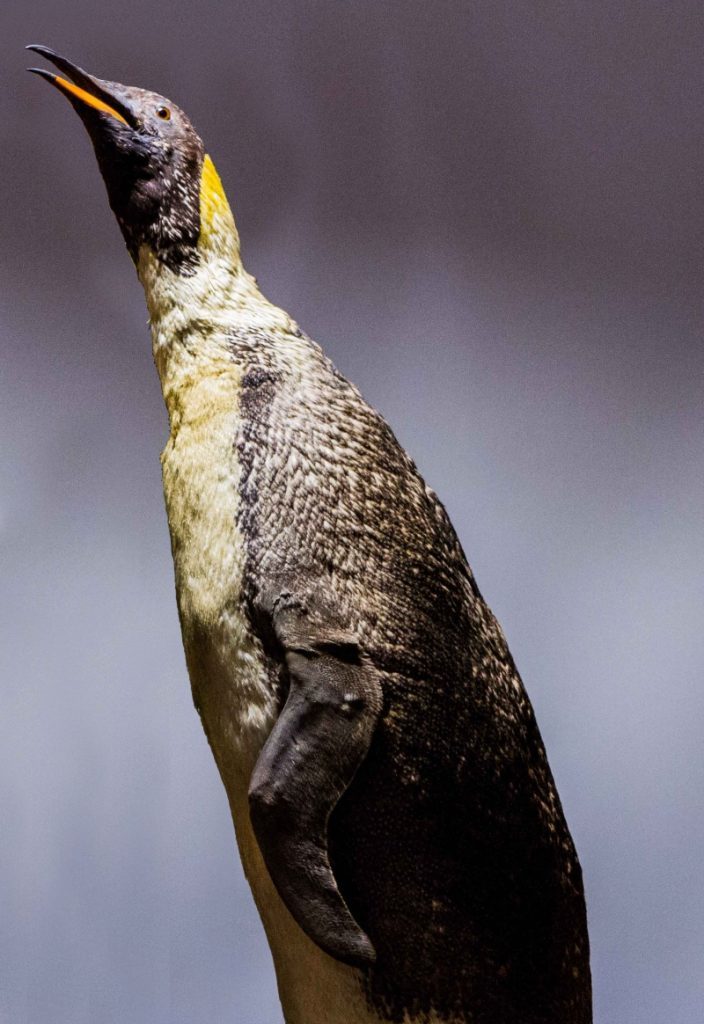 Having read the brief for the project, I immediately applied. Since graduating in Illustration from Duncan of Jordanstone, I’ve worked on a number of colouring-in books, with many of my designs revolving around intricate patterns, local wildlife and detailed floral forms. The repressed scientist in me was thrilled at the idea of working on a project that would allow me to marry my love of the creative process with my life-long fascination with scientific discoveries. 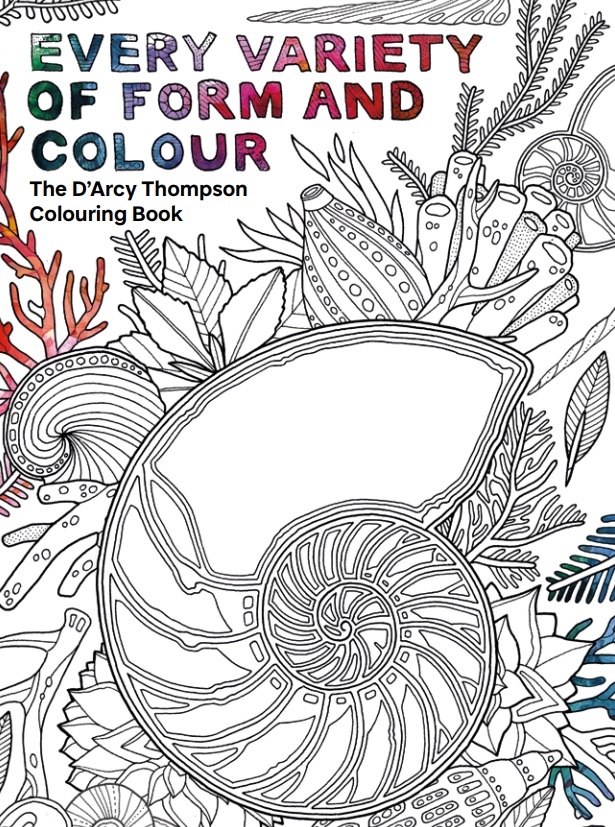 Fortunately my application was chosen amongst stiff competition from some very talented artists and I immediately got stuck in. As with any collaborative project, the first and most important step was to meet with the other parties involved. Myself, museum curator Matthew Jarron, and Peggy Hughes from Literary Dundee met within the museum to discuss our ideas and explore the project in more detail. The main challenge we faced was establishing a format for the book to take. As luck would have it, I brought along a sketchbook of some drawings and notes that I had made whilst at the museum many years before. After flicking through its pages for inspiration, it soon became apparent that the sketchbook itself held the key to overcoming this hurdle.

The work within was a mishmash of sketches, anatomical diagrams and hand-drawn notes. The layout resembled the kind of work you might expect to see in a scientist or explorers field journal. This immediately struck a chord and so we decided that the book itself should follow a similar format as it seemed in-keeping with the subject matter and gave some relevance to the format of the book itself.

Once this was established, the next step was agreeing on the actual content of the book. Luckily, visual inspiration is something that is definitely not lacking when sitting in amongst the museums many curiosities. After some brief discussion, myself and Matthew settled on a number of subjects to focus on and, camera in hand, I snapped the reference images I needed to get underway.

The project was now in full swing. Over the next month, my pen rarely left my hand. I took our ideas and images, reimagining them as simple linear illustrations that faithfully depicted our chosen subjects in a manner that would also lend themselves towards being coloured in.

At the same time, Matthew put together the text needed to accompany my art. It was vital that the text and images struck a balance as the book had to be educational as well as visually appealing and I was cautious to not allow one element to detract from the other. With this in mind, I took my illustrations and Matthews text, creating a layout and overall structure that was reminiscent of the old scientific journals we were hoping to emulate.

The result is an intricate book of anatomical illustrations, detailed biological structures and insightful passages that we hope will inspire a new generation of students to explore the curious world of D’arcy Thompson.

Every Variety of Form and Colour: The D’Arcy Thompson Colouring Book, illustrated by Gavin Rutherford, will be available from Literary Dundee in September. Full info: www.literarydundee.co.uk

More about Gavin and his work http://www.gavinrutherford.co.uk/

Gavin Rutherford is a freelance illustrator.