Angus and Dundee councils have been told to clean up their acts over missed bin collections.

Almost 25,000 bins were left uncollected in the streets over the past three years but the overall figure could be even higher. 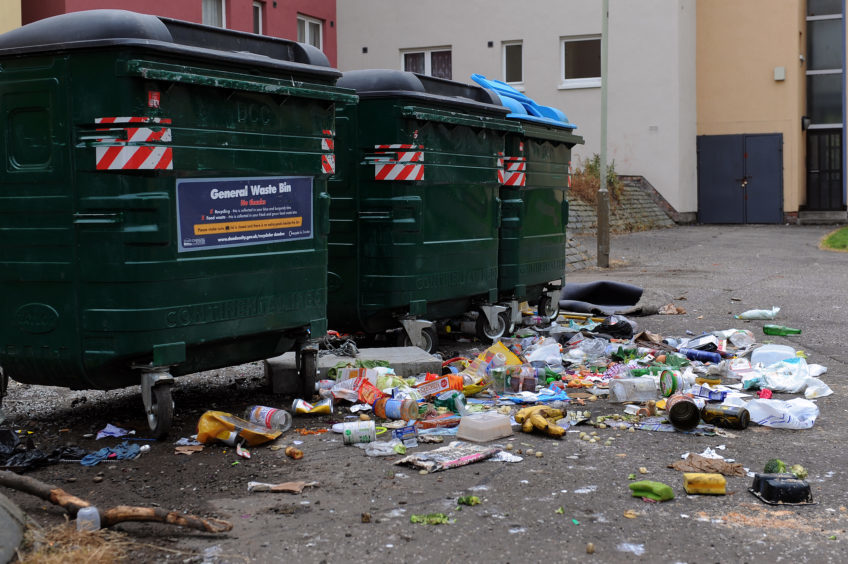 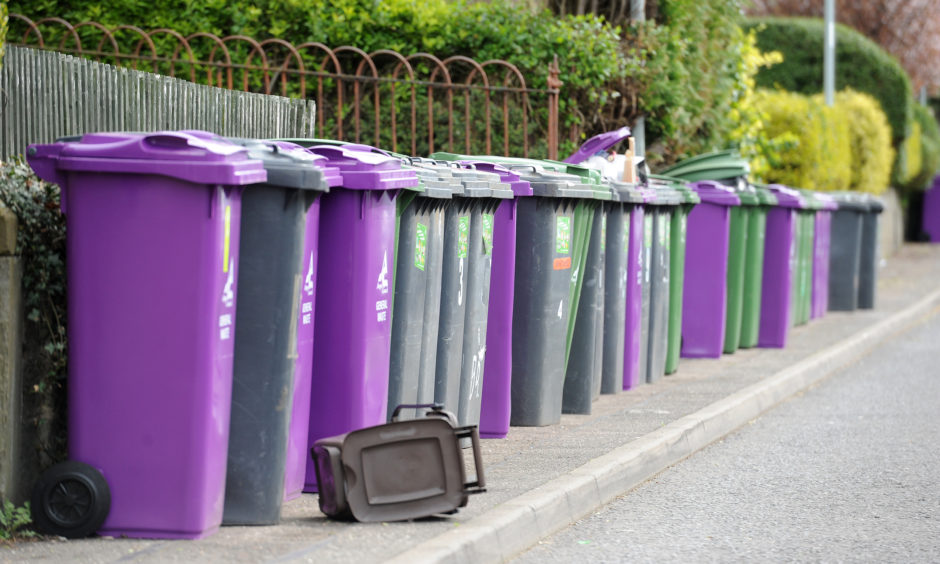 In 2017 Labour councillors in Dundee set up a constituent hotline after accusing the council of allowing a “crisis of cleanliness” to develop.

The council could only give figures from October to December in 2017 which was 1,035.

This was blamed on the transfer to a new customer services platform.

North East Liberal Democrat MSP Mike Rumbles said: “Although only a small proportion of bin collections are missed, it is hugely inconvenient for the families and individuals that have to wait up to a month for their waste to be collected.

“Our local services are under more and more pressure, after a decade of cuts from the Scottish Government and that means that our councils have only a limited capacity to provide additional collections.

“However, it is no use if bins are spilling over and causing damage to our environment.

“It would make sense to have an urgent collection service, as well as local recycling centres, for the few cases where collections have been missed and bins are overflowing and rubbish is littering the street.”

Both councils defended the rates and said the missed uplifts were a small percentage of the 12 million collections in Dundee and Angus every year.

Dundee neighbourhood services convener Councillor Anne Rendall said: “In Dundee we carry out nearly 6 million bin collections every year and a level of 8,000 reports of missed uplifts means that 99.9% of the service goes according to schedule.

“The 2018 figure reflects the roll out of a major change to collections, which meant that there were modifications to almost every route across the city.

“Where there are issues we will listen to concerns, investigate the situation and respond appropriately.

“Our citizen survey shows that 96% of people were satisfied with refuse collection which is a reflection of the hard work of council staff around Dundee.”

An Angus Council spokeswoman said, “Across Angus, our collection teams will empty more than six million bins per year.

“Occasionally, a bin may not be emptied for one of many reasons. For example, due to the breakdown of the refuse collection truck, extreme weather conditions, bins not being presented by the householder to be emptied or a bin that is contaminated with waste that should not be in it, as can happen with recycling waste bins.

“Where we have been unable to collect, we have a policy that we will return within 48 hours for town areas and up to 72 hours for more rural areas. In circumstances where the customer has not presented the bin for collection or has presented a contaminated bin, we will return when practical and resources can allow.”