The festive season has landed in Dundee city centre almost two months early with the arrival of a giant Christmas tree.

The spruce was installed in the City Square on Monday afternoon – some 44 days before Christmas Day. 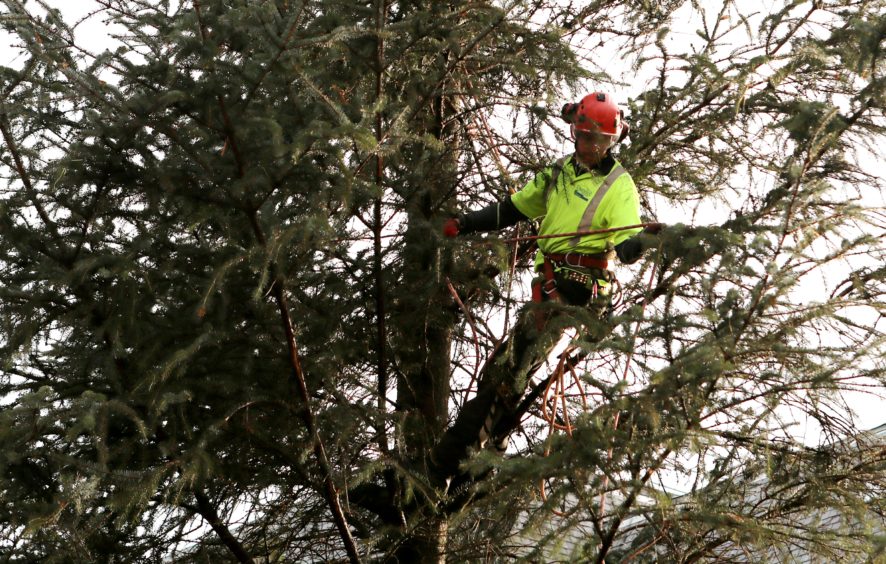 A section of the busy pedestrian area was cordoned off as workers used a crane to install the Christmas tree to full height. 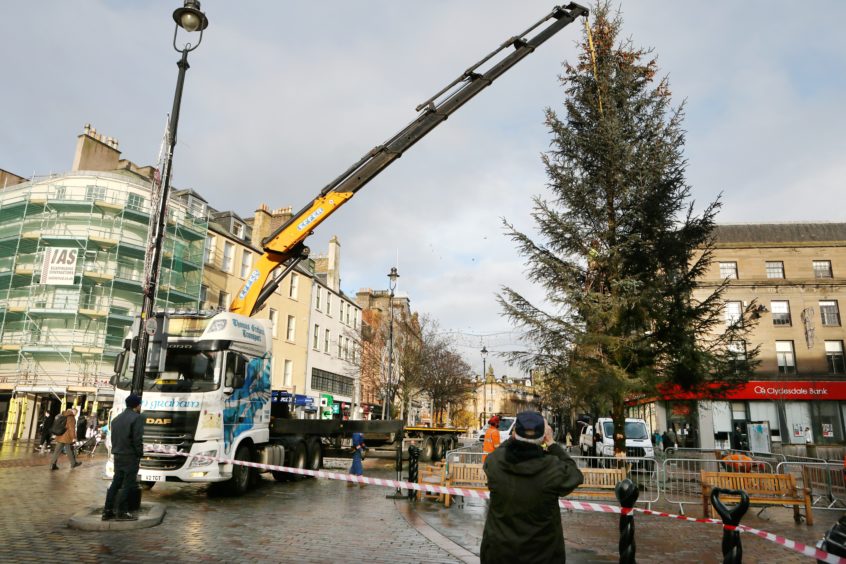 It comes ahead of an early visit to Dundee from Santa on Friday, November 15 as the city’s official lights switch-on is carried out at the City Square.

Festive decorations were put in place on routes across the city, including Reform Street, in October.