Schoolboy footballers are bidding to score a place in the history books alongside great sides of the beautiful game including AC Milan, Juventus and Arsenal this week.

Stenhousemuir’s Ochilview may not boast the same international cache as the San Siro, but it will be the field of dreams for the young stars of the High School of Dundee on Wednesday evening when they stage a historic bid to lift the Scottish Independent Schools Football Association U18 Championship for the first time. 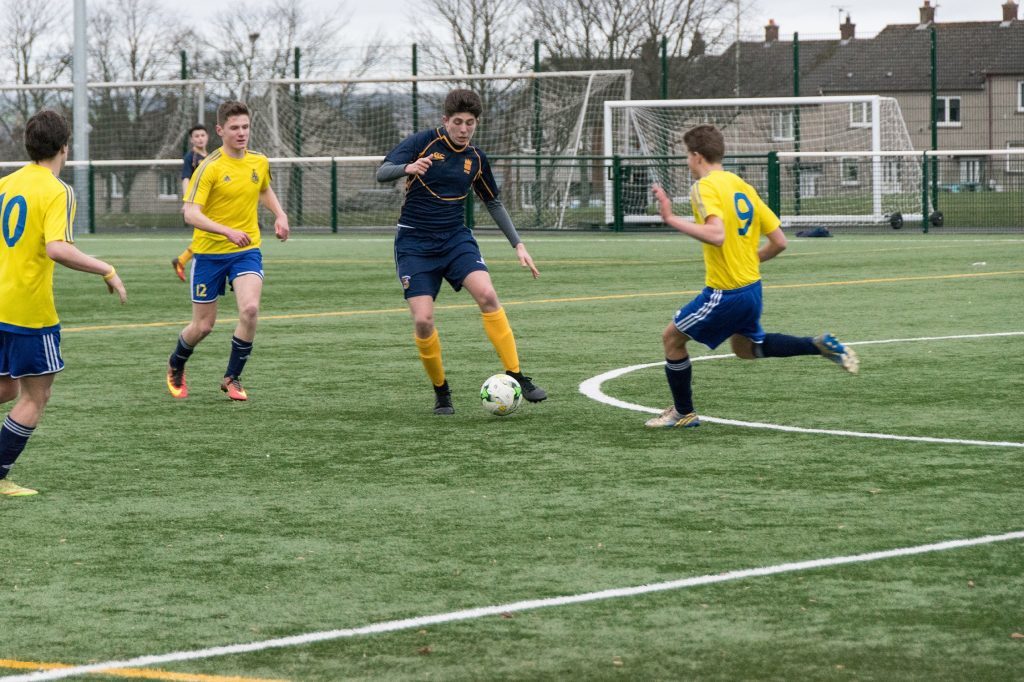 If the Dundee High youngsters can see off the challenge of Stewart’s Melville College at the Warriors’ ground, it will also cap an unbeaten season for the side  — an achievement realised by great squads including the Arsenal 2003/04, AC Milan 1991/92 and Juve 2011/12 sides.

In Scottish terms a title win would also bring some bragging rights for a Dundee side which would complete a domestic season undefeated ahead of Premier League champions Celtic, who remain resolutely on course to manage the feat.

Their 100% record has already propelled the High School boys to the SISFA Northern Region league title in what is the school’s first season in the competition for ten years.

And as the tournament switched to knock-out format, the team members showed their character, and an admirable ability to hold their nerve, by coming out on top in a nail-biting penalty shootout which decided their semi-final tie against Dollar Academy.

The school is providing buses to take pupils to the showpiece game so the squad will be bolstered by a healthy support as they look to round off their campaign in style by overcoming two-time champions Stewart’s Melville.

Adam Kerr, Dundee High’s head of art, who coaches the team alongside Scott McBride, head of computing, said: “A total of 28 players, from S3 through to S6, have taken to the pitch during the season so reaching the final has truly been a team effort of which all the boys can be very proud.

“We know we are in for a tough game but the boys have been working hard in preparation for the final and will be giving their all to try to win the competition for the school for the first time.”

Wednesday’s final has a 7pm kick-off.