Fears have been raised about the worrying number of children being left home alone in parts of Tayside and Fife.

The children’s charity NSPCC Scotland has revealed it made 15 referrals to authorities in Fife alone last year amid a nationwide spike in calls and emails from members of the public worried about children apparently being left to fend for themselves.

There were a further 10 referrals in Dundee, up sharply from the three seen a year ago, and eight in Angus and Aberdeenshire, among 21 recorded in the charity’s north-east region as a whole.

Figures were not available for the Perth and Kinross area.

Although the law does not give a minimum age at which children can be left on their own, parents and carers can be prosecuted for neglect if children are put at risk of suffering or injury.

Joanna Barrett, the charity’s acting head, said worried callers to the NSPCC helpline from across the UK have reported children being left alone overnight and young children left to feed themselves and use dangerous kitchen equipment.

“Deciding if a child is ready to be left on their own can be a very difficult decision and the summer holidays can be a difficult time for parents and carers as they face increasing childcare pressures,” she said.

“Although there is no minimum age, no child should be left on their own if there is any risk they will come to harm.

“Children mature at their own rate so it’s really important parents think carefully about what is right for their child.

“Children shouldn’t be left on their own if they are not happy with the situation or if they don’t know what to do in an emergency.”

With the school summer holidays past the midway point, the NSPCC also confirmed that specialist counsellors on its 24-hour helpline made a total of 180 referrals last year to local agencies across Scotland as a whole, up from the 151 referrals made in 2015/16.

Across the two years, there were also 48 further calls and emails from people in Scotland seeking advice about children being left home alone. 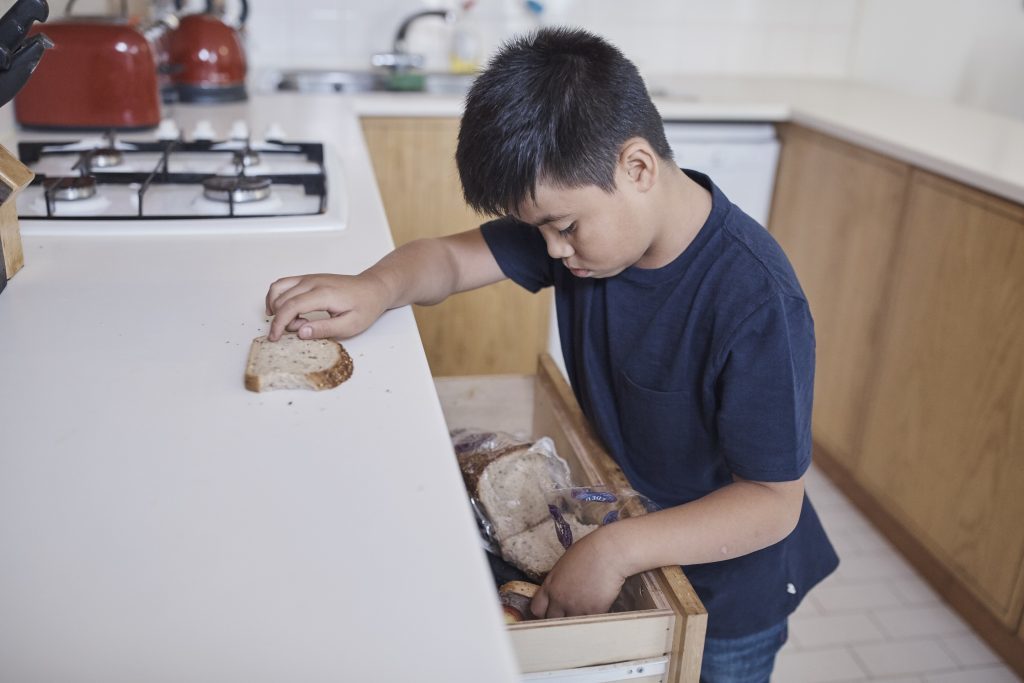 The NSPCC is now urging parents to read its home alone guide which includes questions they should ask themselves and their children before deciding to leave a child unsupervised.

The problem of young people being left to their own devices is proving particularly concerning in Fife, as the region’s figure of 15 referrals for last year replicated the 15 seen a year previously.

However, Dougie Dunlop, head of education and children’s services at Fife Council, said Fife’s number reflected the population of the region compared to Scotland as a whole.

He added: “The council notes the information from the NSPCC that the number of referrals from them in respect of children being left alone in Fife remains the same as last year.

“All expressions of concern regarding this issue are followed up by council staff and appropriate advice is given to parents.”

Roisin Smith, vice convener of Dundee City Council’s children and families service committee, said: “It is everyone’s responsibility to ensure that vulnerable people, including children, are protected from harm in Dundee.

“Our advice if you are worried about a child or an adult who may be at risk is not ignore it but share your concerns, help us to protect them and tell someone.

“In this case people have been using the NSPCC helpline and there are a number of other ways they can share any concerns they may have.

“No child should be harmed and help is at the end of a phone line. If you feel a child is being harmed, phone Dundee’s Child Protection Line on 307999.”

The shocking figures also come just weeks after a woman appeared at Forfar Sheriff Court charged with abandoning three children, who were aged between one and eight, in a manner likely to expose them to suffering or injury on January 28 this year.

The children were left alone, forcing the eldest to sit on a ledge and call for help from an open window, with the sheriff describing the case of child neglect as “about as serious as any” he had ever dealt with.

“Holiday periods can be a hugely awkward time for working parents,” he noted.

“It’s often an extremely difficult and expensive period for parents to find reliable people to look after the children.

“Parents must be absolutely certain that if left to their own devices, the child is safe and mature enough to do so.”

Anyone seeking advice can visit www.nspcc.org.uk to access the NSPCC guide.

Sample calls to the NSPCC included:

“They’re leaving the kids alone at all hours of the day, from early in the morning until late at night. They have to fend for themselves and make their own meals and use the cooker and other dangerous kitchen equipment. When I go round to check on them they pretend that their mum is in the house, but I don’t believe she is. I never see her.”

“My neighbour has gone away overnight and left their 10 year old home alone. This isn’t the first time this has happened. They have an older brother but he doesn’t live there. The child comes to my house when their mum goes away because they don’t want to be on their own.”

“There’s somebody who lives around the corner who keeps leaving their two children at home on their own. When their dad is not there the children fight and shout. One is a lot older and bigger than the other and I’m worried that they’re being hurt.”

“Their dad is going away for work for days at a time, leaving the three children on their own. He comes back at weekends, even though the children are teenagers I don’t think it’s fair or responsible for them to be left for so long on their own.”

Children under the age of 12 are rarely mature enough to cope in an emergency and should not be left at home alone for a long period of time.

Children under the age of 16 should not be left alone overnight.

Parents and carers can be prosecuted for neglect if it is judged that they placed a child at risk by leaving them at home alone.

A child should never be left at home alone if they do not feel comfortable with it, regardless of their age.

If a child has additional needs, these should be considered when leaving them at home alone or with an older sibling.

When leaving a younger child with an older sibling think about what may happen if they were to have a falling out – would they both be safe?