A busy Fife road has been closed following a “serious” crash involving a lorry and a car.

There has been one casualty following the collision on the A92 close to the Bankhead roundabout, near Kirkcaldy, just before 5.25pm. 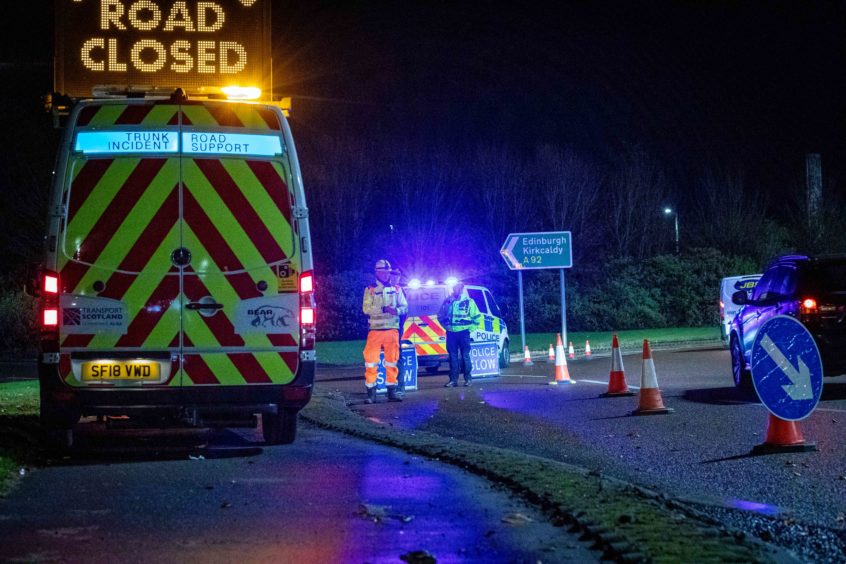 A red car is said to have become trapped underneath the lorry during the incident.

Emergency services have closed the route between the Bankhead and Redhouse roundabouts while the incident is dealt with.

Police, firefighters and paramedics were called to the scene.

A casualty is said to have been cut free from one of the vehicles.

A fire and rescue spokeswoman said three appliances were called to the scene – two from Glenrothes and one from Kirkcaldy.

She added: “We got the call at 5.22pm from the police. It was for the A92 Bankhead roundabout to Redhouse roundabout. 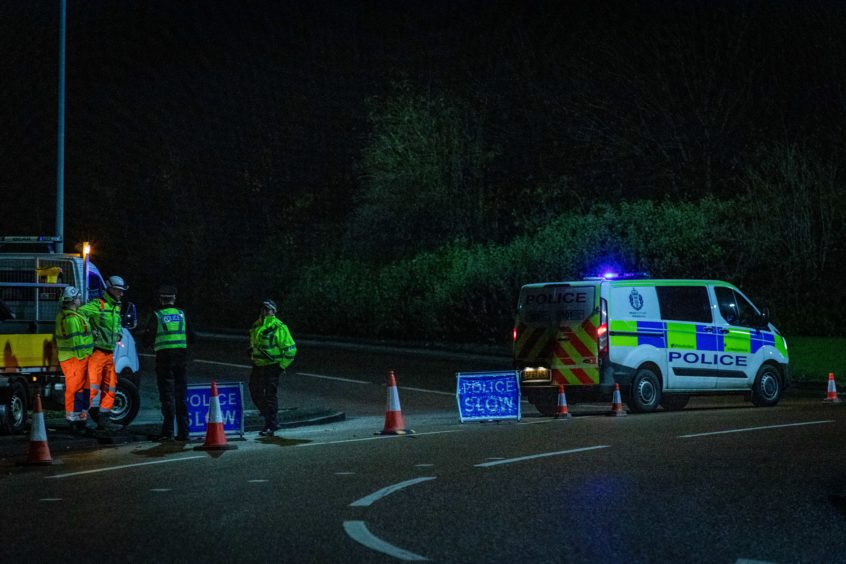 “It was a RTC (road traffic collision) involving a car and an articulated lorry. There was one casualty. There was roof removal. We left the scene at 6.34pm.”

One passerby said: “It is midway up the A92 between the Redhouse and Bankhead roundabouts heading towards Kirkcaldy on the southbound carriageway.

“There is a lorry trailer with a red car underneath.”

❗UPDATE⌚17.58#A92 ⛔CLOSED⛔#A92 is closed in both directions between Bankhead Roundabout – Preston Roundabout due to a serious RTC

Congestion is said to be heavy in the area.

Traffic Scotland posted: “A92 is closed in both directions between Bankhead roundabout – Preston roundabout due to a serious RTC

“Traffic is very slow on the surrounding routes.”

A92 closed in Fife as police and paramedics attend ‘serious’ crash