The forecaster has placed a yellow weather warning for strong winds on the entire region, as well as southern Scotland and northern England.

The warning, valid from 5am to 5pm on Tuesday, coincides with a yellow warning for rain in western parts of Perthshire. 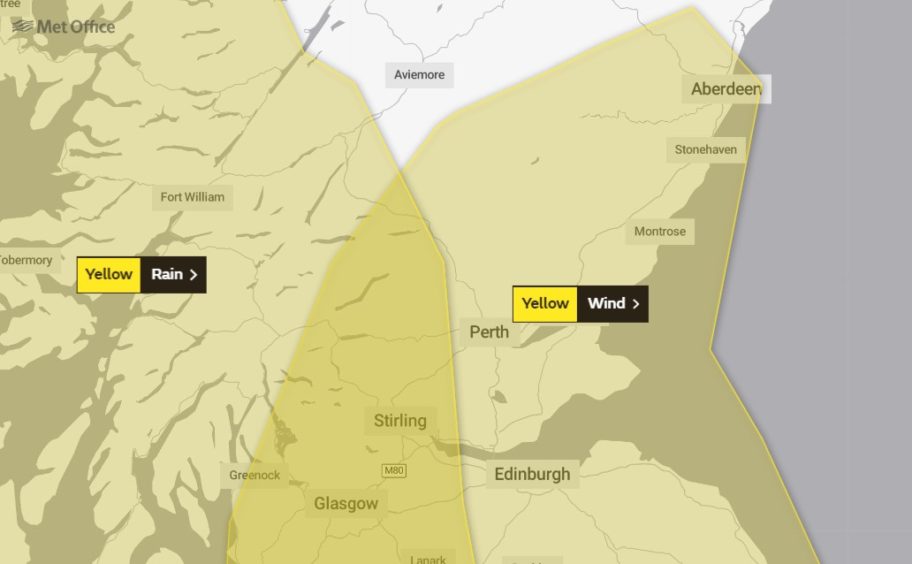 The warning says: “Very strong south to southwesterly winds are expected to develop across parts of Wales, England and Scotland during Tuesday.

“Winds will strengthen through the morning with gusts of 50-60 mph likely inland, and 60-70 mph around some coasts and over higher ground.

“The strongest winds will probably occur ahead of an intense band of rain that is expected to move quickly eastwards during the day, winds easing once this clears.

“Some delays to road, rail, air and ferry transport are likely.

“Probably some bus and train services affected, with some journeys taking longer, made worse by spray and surface water.

“Delays for high-sided vehicles on exposed routes and bridges likely. Some short term loss of power and other services is possible.”

The rain warning is in place between 6pm and 3pm Monday, covering Aberfeldy, Crieff and Auchterarder. 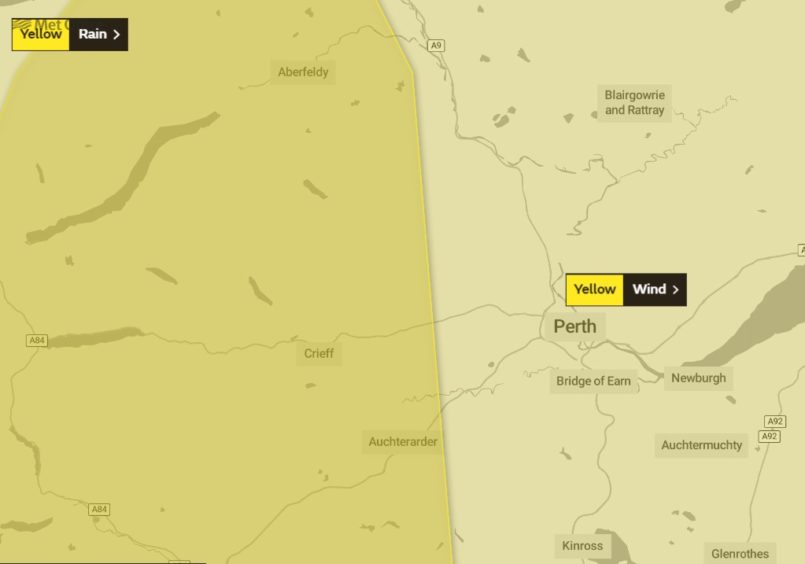 It says: “Rain, heavy at times will cross Scotland during Tuesday accompanied by strong and gusty winds.

“Much of the rainfall will occur in a short time period. Winds will gust widely 40 to 50mph inland with 60mph possible in coastal areas.”

The warnings come as the local area braces itself for a bout of wintry weather on general election day.