The satellite-tagged birds were being monitored by Packham and Raptor Persecution UK as part of a study into the movements of young golden eagles in Scotland.

Raptors Charlie and Adam are said to have vanished within hours of each other from the Auchnafree Estate, near Dunkeld in Perthshire, on April 18.

The eagles’ satellite tags stopped working and neither the birds nor the tags have been traced.

Mr Packham has issued a fresh call for the Scottish Government to take action on raptor persecution following the incident.

Mr Packham said: “We can’t prove that harm has come to Adam and Charlie, nor who might have been responsible, but we can look at the circumstances, look at the science,
look at the wider evidence and draw plausible conclusions.

“The Scottish Government has already acknowledged that illegal raptor persecution is an ongoing problem.

“How many more golden eagles do we have to lose before that same government takes effective action?”

Charlie and Adam hatched at separate nests in the Loch Lomond and Trossachs National Park in 2017 and 2018, respectively. 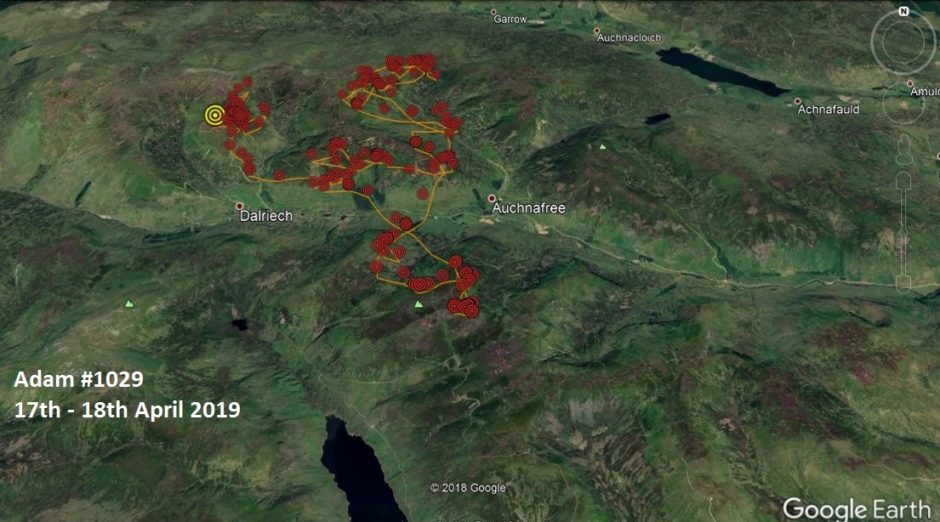 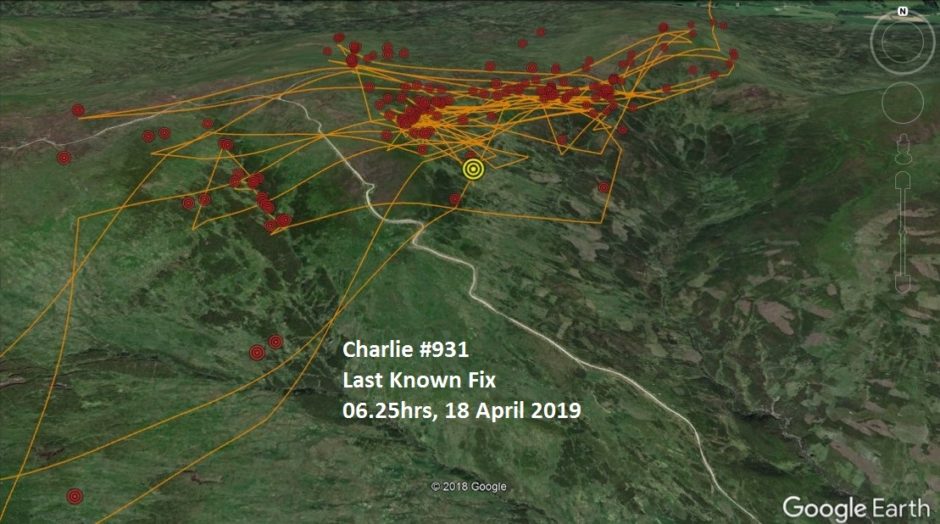 Adam was named and adopted by Green MSP Andy Wightman. He said: “The cold rage that I felt when I heard of the circumstances of his disappearance has now developed into a determination to discover his fate.”

The owners of the estate, located near Amulree, say police have told them they are not suspected of any criminality and that they are saddened to see the eagles have disappeared.

Alix Whitaker of Auchnafree Estate said: “While the estate owns the land, we let out mixed shooting to tenants who take their wildlife conservation responsibilities very seriously.”

Mr Packham’s call comes days after the Scottish Gamekeepers Association launched a parliamentary petition calling on independent monitoring of satellite tags fitted to birds of prey, to allow for greater accountability. It expressed concern at missing satellite-tagged birds which are being monitored by non-independent agencies.

A Scottish Government spokesman said: “The disappearance of any bird of prey in suspicious circumstances is of concern and we would urge anyone with information to contact police.”

Anyone who has information that could assist with inquiries should call the police on 101 or contact the RSPB’s confidential raptor crime hotline on 0300 999 0101.