Investigators are to publish their final report into the Stonehaven rail crash tomorrow.

Driver Brett McCullough, conductor Donald Dinnie and passenger Christopher Stuchbury died in August 2020 when their train derailed due to a landslip.

The Rail Accident Investigation Branch spent 18 months probing what happened on the day of the crash and what factors played a part.

Led by chief investigator Simon French, RAIB’s team spoke to dozens of people from scores of organisations and studied thousands of pages of documents.

Speaking with the families affected

The Office of Rail and Road then checks if recommendations have been implemented.

RAIB has been speaking with the families of those who died in the tragedy and the six survivors in recent months.

Mr French has shared report drafts with them and invited them to ask questions and give feedback.

When RAIB’s final report is published on Thursday, we will bring you extensive coverage of what it says and means.

Our reports will including a summary of RAIB’s report, a detailed guide to its findings, the families’ reactions and what happens next. 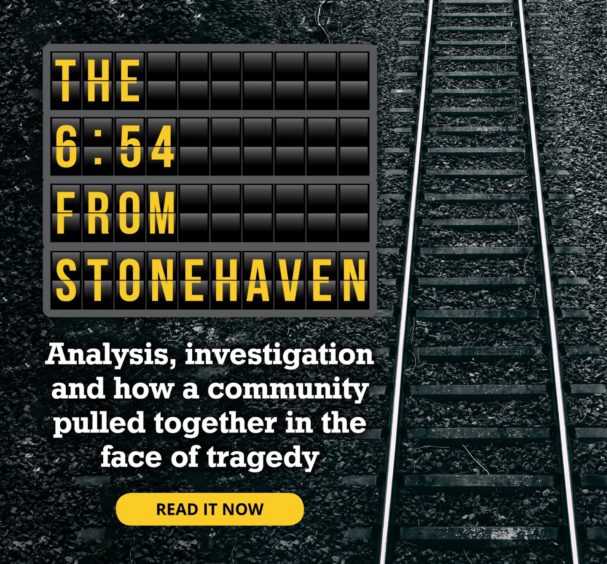 With the co-operation of those closest to this tragedy, our Impact investigations team compiled a 14-part series, The 6:54 from Stonehaven.

It looks at the human impact of the crash, the circumstances that led to the incident, and hails those who responded so magnificently in the hours, days and weeks which followed.

We also spoke exclusively to the families of the train’s driver and conductor, Brett McCullough and Donald Dinnie and compiled an interactive explanation of the minute-by-minute events on the day.

You can read it by clicking the image above.