The Tartan Army will soon be on the march again when the Scotland national football team participate in their first major tournament since 1998.

It’s been a 23-year wait for long-suffering Scotland fans who have loyally backed their side through the good times and, more recently, the bad.

Anticipation has been building ahead of Scotland’s first Euro 2020 match against the Czech Republic today, which is set to be a nail-biting occasion.

Fuelled by hope and nostalgia, the Tartan Army are daring to dream of success in the rescheduled tournament.

Scotland will play their first and final group games at Hampden Park in Glasgow, but due to Covid-19 restrictions only 12,000 fans will be allowed in the 52,000-capacity stadium.

But our archive photos show that Scotland fans have as much fun backing their team with pals at home as they do abroad.

And for any fan fearing they are out of practice when it comes to international tournaments, our trip down memory lane with the Tartan Army shows how it’s done.

Long-haired, flares-clad fans were ecstatic in 1977 when Scotland won 2-0 against Wales at Anfield in a World Cup qualifier.

It was a controversial game that set Scotland on the road to Argentina in 1978, but the World Cup that year proved to be a dismal failure for the national side. 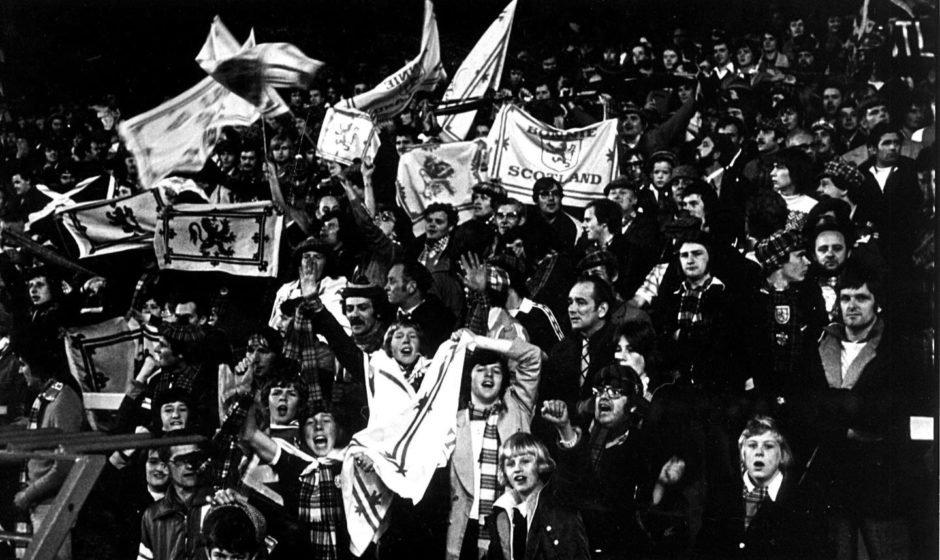 Four years later, spirits were high as Scotland embarked on the second of a run of World Cup appearances, this time at Spain 1982.

These jovial fans watched Scotland play Brazil a little closer to home – aboard the Tay Queen pleasure boat in June 1982. 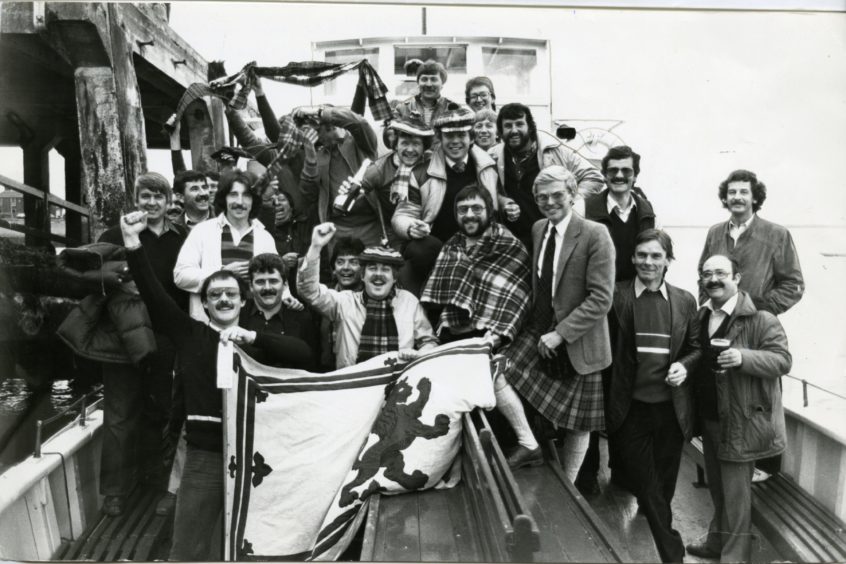 Fast forward a few years and Scotland had made it to the Euros in 1996 – their last European Championship tournament until this year.

The Tartan Army made sure they were seen and heard at Villa Park in Birmingham as Scotland faced the Netherlands. 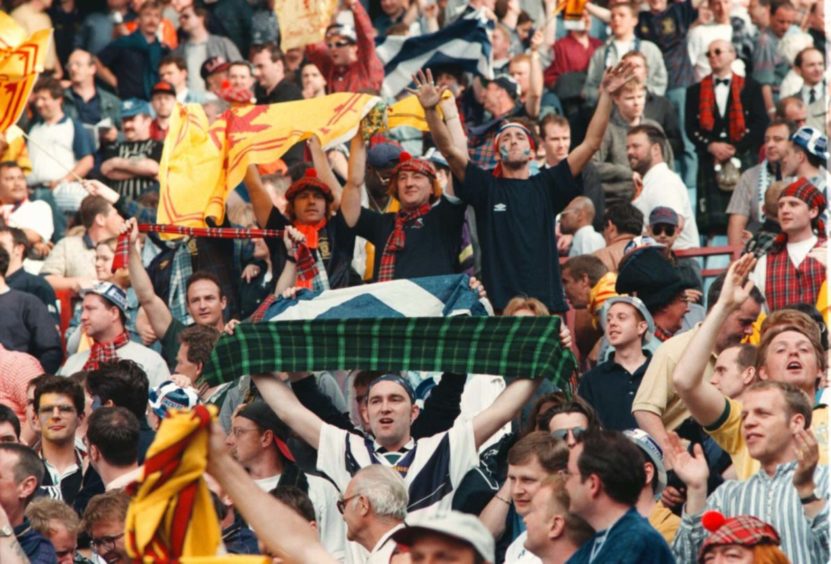 Buoyant after drawing 0-0 to the Netherlands, Scotland fans were on a high when their team met the Auld Enemy in a Wembley showdown.

In Tartan Army tradition, the Scots descended on London’s Trafalgar Square and partied in the fountains ahead of the game.

It was a memorable meeting, but unfortunately for the Scotland side, hosts England won 2-0. 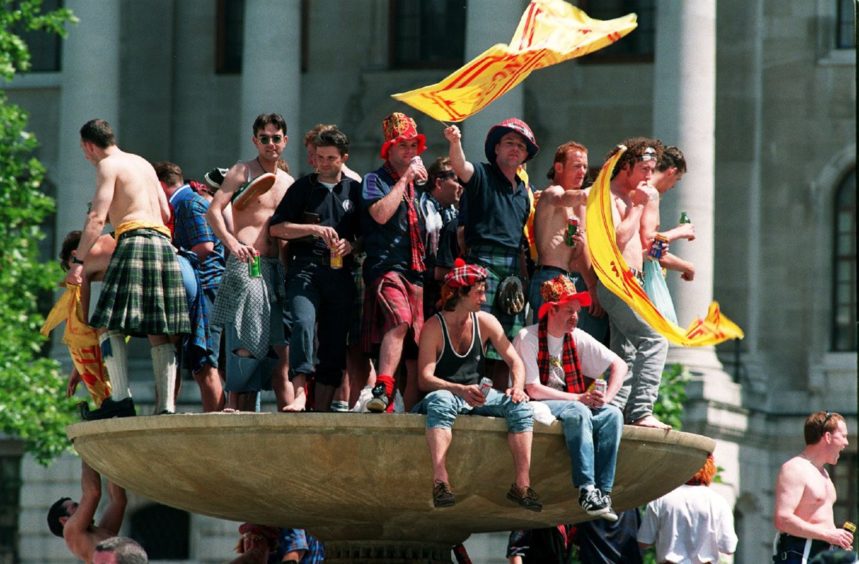 All eyes were on Scotland when the team played Brazil in the opening match of the World Cup in France 1998.

The biggest game in Scotland’s history, kilted fans travelled to the French capital and danced under the Eiffel Tower ahead of the clash. 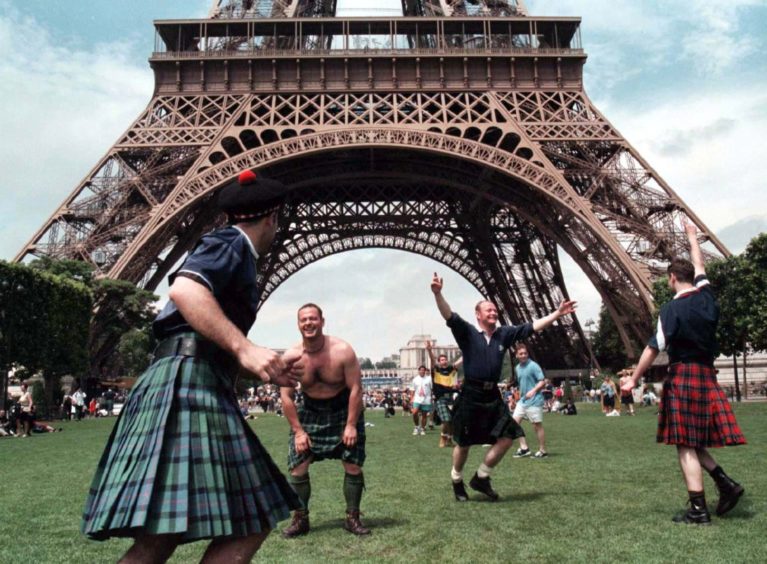 The fans that didn’t travel to Paris packed out pubs back home, hoping to see their team do the unthinkable and beat Brazil.

It wasn’t to be, but these lads still enjoyed the atmosphere at Brannigan’s in Dundee. 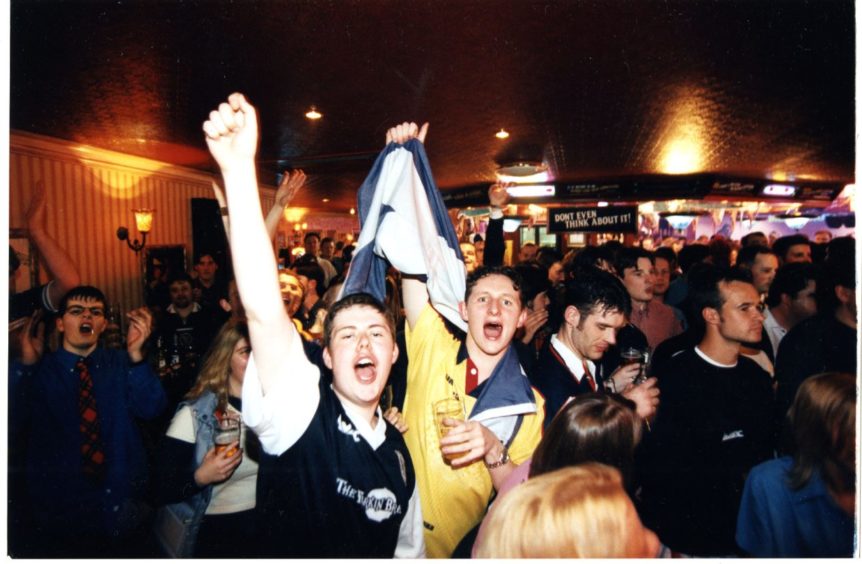 The Granite City Tartan Army contingent from the north-east jetted off to Macedonia in 2008 willing their team to qualify for the 2010 World Cup.

It was a game that ended in defeat, and in a group of five teams, only the Netherlands went on to qualify for the tournament in South Africa. 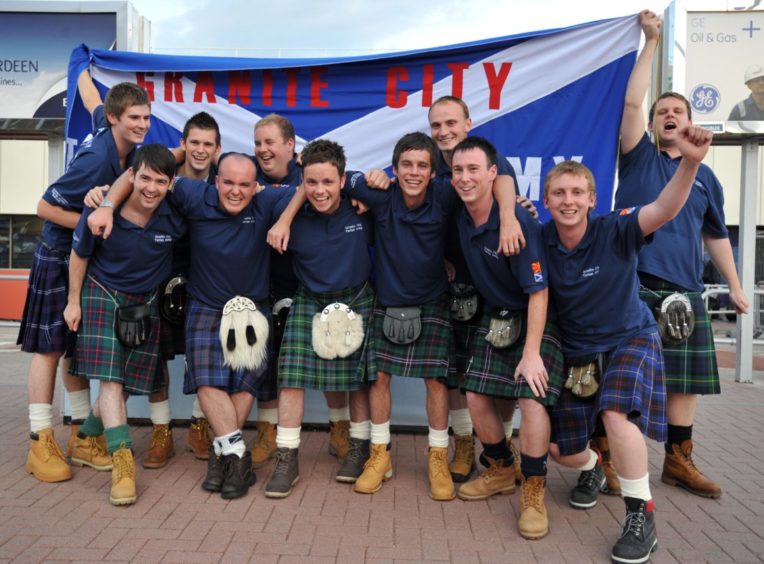 Euro 2020: Top of the Pops or flops from Scotland’s World Cup songs?

More from The Courier Past Times team

Death of the old Olympia: When iconic Dundee pool was torn down