Angus teenager Sandy Mitchell will return to the British GT Championship for the 2017 season piloting a 180mph McLaren 570S GT4.

The record-breaking schoolboy, named British GT Rookie of the Year in 2016 after an impressive debut season which saw him win two races, will again partner fellow Scot, 20-year-old Ciaran Haggerty from Johnstone.

Both drivers carry the prestigious Scottish Motor Racing Club Rising Star status and the talented duo will share the No100 Black Bull Garage 59 McLaren 570S GT4 in all seven rounds of Europe’s most competitive sportscar series which gets underway at Oulton Park in Cheshire on April 15-17.

The announcement came as 2014 British junior karting champ Mitchell celebrated being able to don the L-plates for the road following his 17th birthday this week. 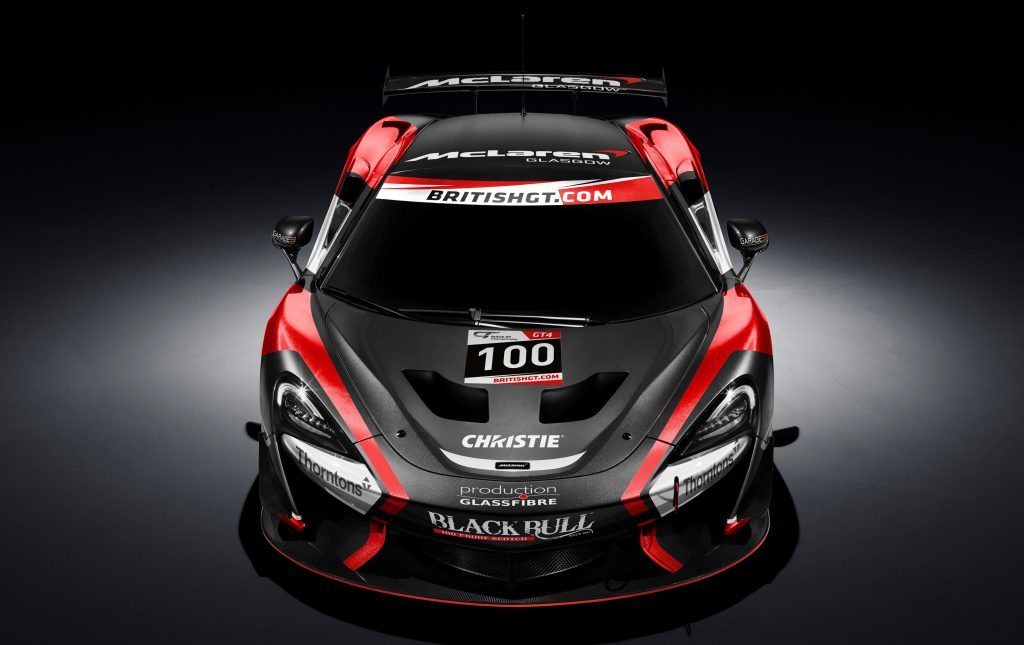 “I’m delighted to be back in the Black Bull Garage 59 car with Ciaran,” said Mitchell, who bagged two pole positions in 2016 and set fastest lap at the iconic Spa-Francorchamps F1 circuit in Belgium.

“Last year was a fantastic debut season for both of us in sportscars, and we’re definitely looking to build on the success we delivered for the team.

“Ciaran and I work well together both in and out of the car, and we’ll be doing everything we can this season to make a serious challenge for the British GT4 Championship.”

Local companies Thorntons, Close Brothers, Stirfresh and SGM continue their support from last season and Mitchell now has additional backing from Christie Digital and Stampede Global, both of which operate on a worldwide stage.

“I’m really grateful for the support I have received from all the companies that are backing me,” he added.

He will continue to juggle his extensive race and test programme with school studies, and is set to face a Courier Country rival in the same team on the packed GT4 grid.

“It’s going to be great having two McLaren GT4 cars working together in the same team,” Mitchell explained.

“We’ll be able to maximise the time we spend on-track during testing to ensure we deliver the best performances we can.”

“We’re looking to hit the ground running and build upon the successes they had last year.

“With the experience of running with the McLaren 570S GT4 last year, we are in a strong position going into the new season, and hope to be challenging for podiums and race wins again in 2017.”

Euan Shand, chairman of title sponsors, Huntly-based Black Bull Scotch Whisky said: “Last year proved to be an outstanding season for Sandy and Ciaran and we’re thrilled to be partnering with Garage 59 and these young drivers again.

“Sandy, Ciaran, Dean and Akhil are the future, and we have high hopes for what 2017 will bring.”