An injured walker spent last night in a bothy in the snow-hit Cairn Gorms after an emergency search to locate him.

Crews from the Cairngorm and Tayside mountain rescue teams were alerted to an injured man in the Ben Alder area, near Dalwhinnie, at around 6pm on Monday evening. 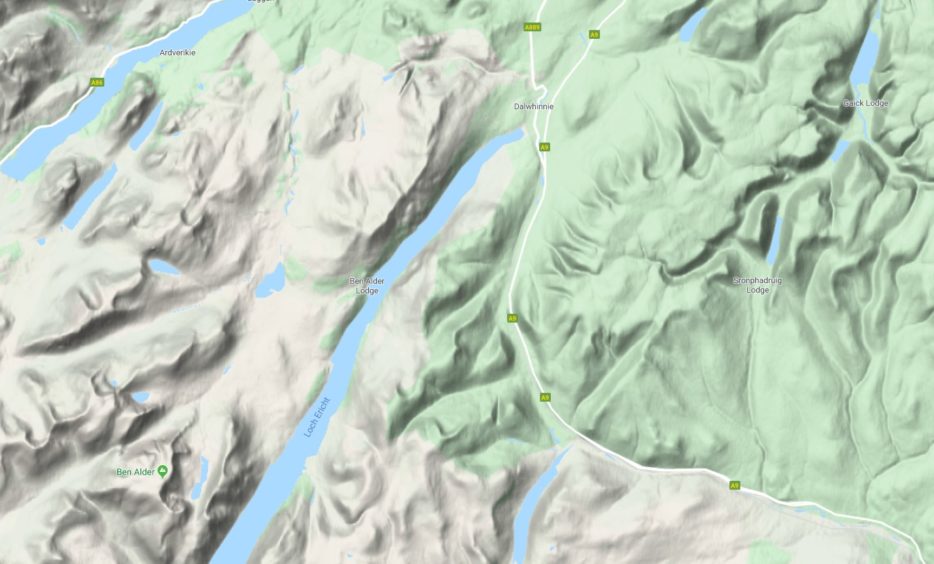 Cairngorm Mountain Rescue Team had tweeted: “CMRT called out to assist injured walker on path between Ben Alder Lodge and Ben Alder Cottage. No aircraft support available due to storm conditions. May be a long night.”

Six hours later, after being joined by Tayside Mountain Rescue Team, the man was located.

CMRT tweeted: “”Injured” walker remaining at the bothy with his friends. CMRT making their way back to vehicles. Snowing heavily now. Big Up to @TaysideMRT
and thank you all for the good wishes and support.” 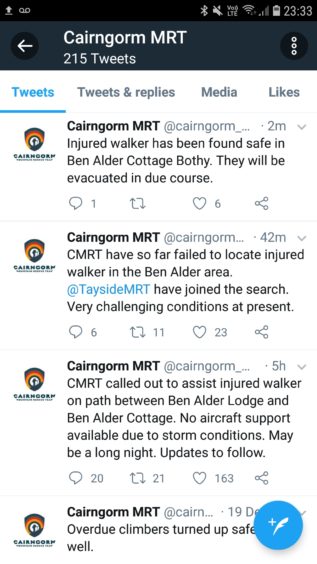 Members of the public hailed the efforts of rescuers. City Slicker tweeted: “Brilliant. 6 and a half hours since you first tweeted this rescue.

“I knew that this was a huge task due to the location, and the distance you had to walk. Well done. And to think that you are all unpaid volunteers with families and jobs. I doff my cap to you all. Outstanding.”