Police stopped a driver whose car was almost entirely covered in snow as it travelled along the A9 this morning.

Officers released a reminder to motorists on social media that they must ensure their vehicle is suitably prepared for the roads as the temperature drops.

They said: “Officers on patrol stopped this car which was being driven on the A9 at Thurso in the early hours of this morning.

“Appropriate action has been taken against the driver in relation to road traffic offences.

“It is important before you set off to make sure your windows are clean, properly demisted and clear of all snow and ice before you drive.”

Winter has been biting for most of us this week, which means it is more important than ever that your vehicle is…

The car’s back windscreen is entirely covered by snow, the side windows are mostly covered and only a tiny square has been cleared from the front widescreen of the vehicle. 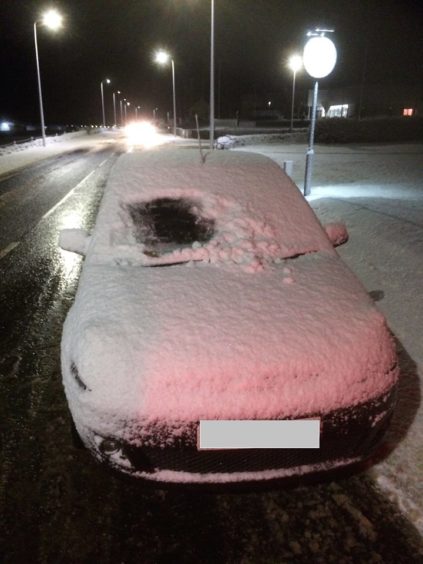