Angus Council chiefs may go to auction in a bid to rescue Brechin’s former Flicks nightclub for affordable housing.

Once a magnet for nightclubbers from across the country and a venue which hosted a string of 1980s stars, the High Street property has been branded a blight on the town’s High Street following years of advancing dereliction.

It has now emerged the Irish-based developers who own the former cinema have knocked back a council offer to buy the building for an undisclosed sum but with the prospect of the property being offered at auction the authority has not ruled out making a bid.

Originally opened as the 820-seat Kings cinema in 1927, Flicks rocketed onto the UK’s nightclub scene in the mid-1980s after a major investment by a trio of local businessmen, attracting clubbers from all over the UK as well as music and television celebrity appearances.

It closed almost 20 years ago after an unsuccessful re-branding and has languished on Scotland’s Buildings at Risk register for many years, becoming a target for vandals and suffering continuing deterioration.

Angus Council hopes of transforming the building collapsed in 2010, but earlier this year the possibility of a purchase re-emerged in private papers relating to town centre redevelopment plans for the burgh, possibly linked to the Tay Cities Deal.

Communities committee councillors have now been told the authority’s latest offer has been rejected by the current owners of the art deco building. 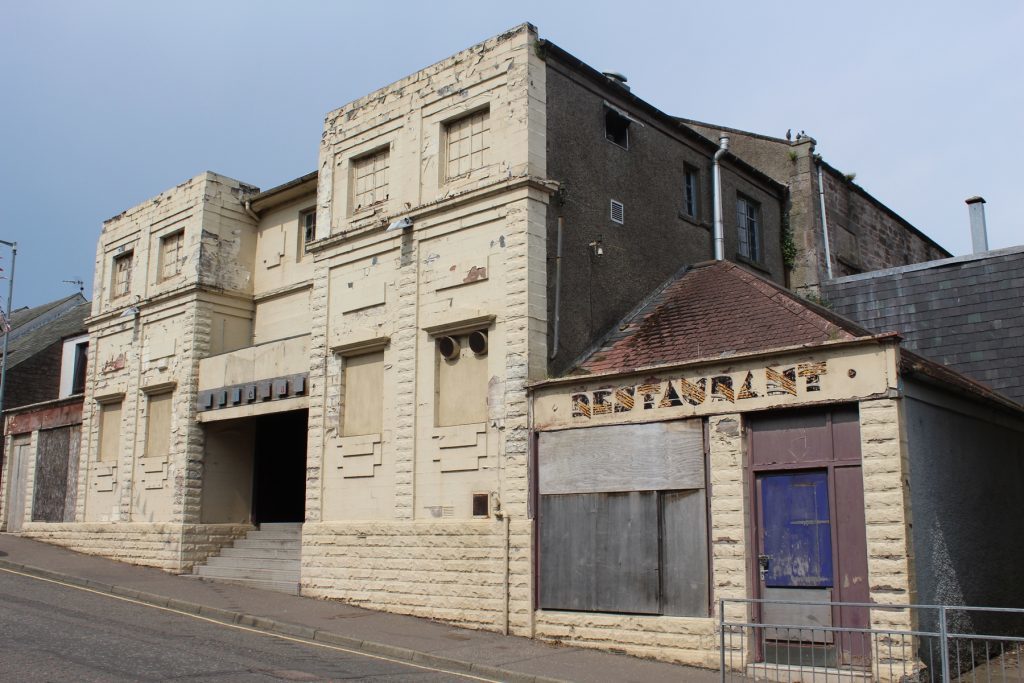 Draft plans in a schedule published by Angus selling agents T S Duncan suggest how an 11-unit development of one and two-bedroom flats could be incorporated over three floors in the property.

Flicks has been on the market for a number of years as a “development opportunity”, and in 2017 was even offered with a price tag of £0.

The acquisition and demolition of 79-81 High Street and creation of affordable housing in a £1.6 million project was part of the council’s housing new build programme for 2018/19 presented to the latest communities committee meeting.

Housing official John Morrow told councillors: “We did make an offer, which was rejected.

“The sellers indicated they were intending to take the property to auction.

“We weren’t intending to take the project forward because of the costs involved.”

However, he did not rule out the possibility of the council being involved in the bidding.

“We haven’t taken part in many auctions, we don’t think there are going to be many other bidders.”

The authority did not make and specific comment on the Flicks building, but said its housing capital programme is “continually under review”.

“This includes regular re-assessment of potential projects that may or may not be viable, due to a wide range of factors,” added a spokesman.

“This applies to sites in Brechin as it does across the whole of Angus.”

Brechin and Edzell SNP councillor Kenny Braes previously called for a clampdown on untidy properties in the town.

“This situation has gone on for far too long in Brechin,” said Mr Braes.

“A few rogue property owners are dragging the whole town down, whilst so many people are trying their best to give Brechin a lift.

“It’s high time we got a bit tougher on them.”