A motorcycle salute filled the centre of Perth with the sound of revving engines in tribute to a young biker killed days before Christmas.

More than 20 motorcyclists joined fellow mourners after Daniel Piaszczynski’s family urged them to accompany him on his last ride. 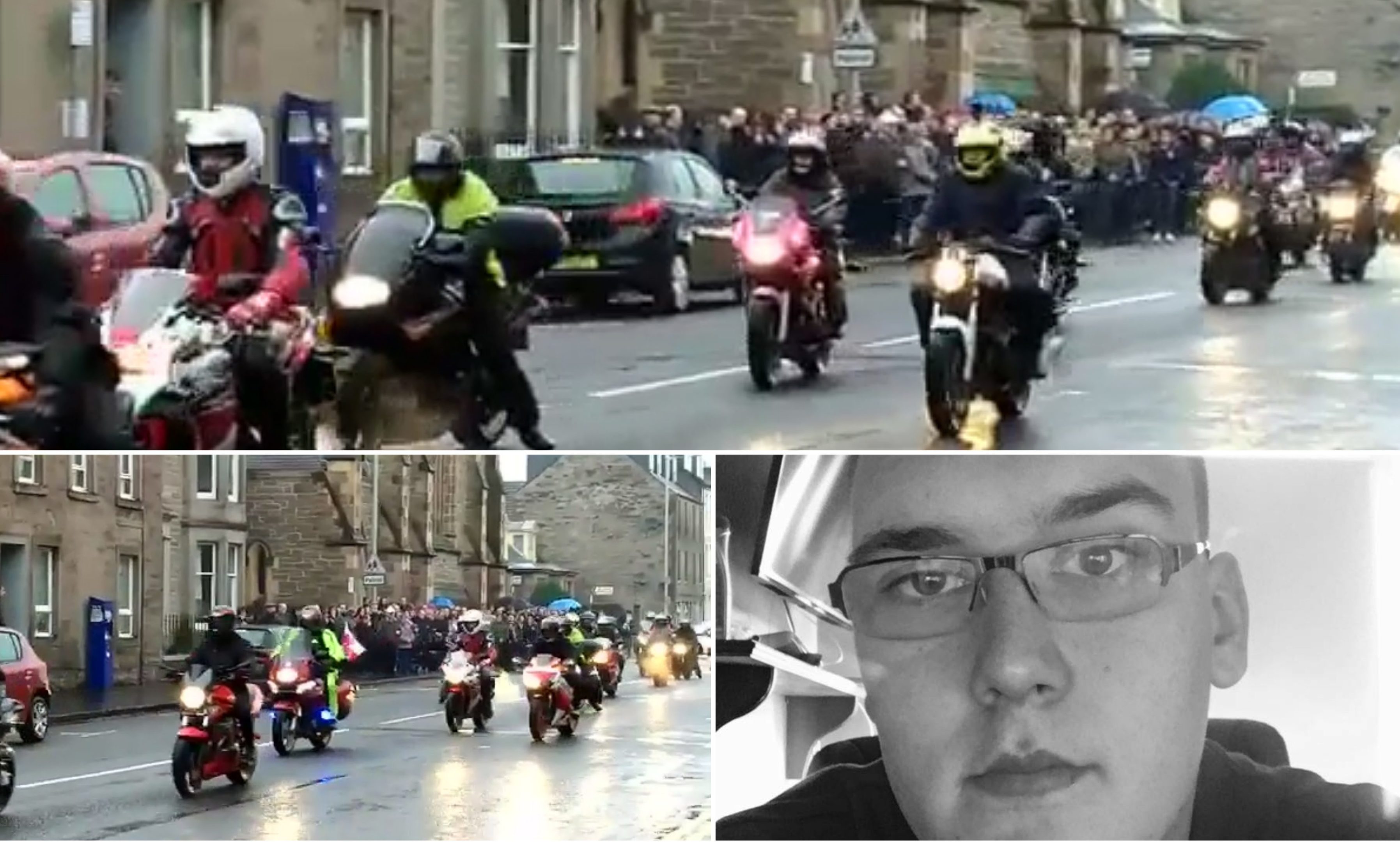 Hundreds gathered at St John the Baptist RC Church before joining the cortege on the way to Perth Crematorium.

Mr Piaszczynski died in a collision with a bin lorry on the city’s Dunkeld Road on December 20.

Friends have filled social media with messages of condolence, while candles have been burning for him on Dunkeld Road for days.

His family made a plea on Facebook for motorcyclists to meet at the church to say a final goodbye.

Their post read: “His family want a load of bikers to ride along with him one last time to give him a proper send-off.”