The family of a missing man have been informed after a body was discovered in Arbroath.

A section of land between Andrew Welsh Way and Demondale Road has been cordoned off by police.

Police have confirmed that the body of a man has been found. 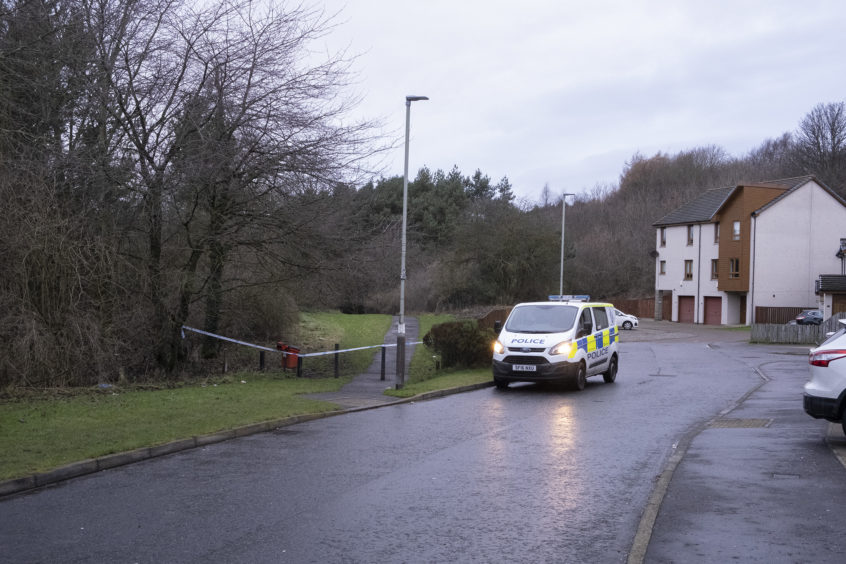 The force added that the family of missing Bailey Mearns, also known as Bailey Menmuir, have been informed.

No formal identification has taken place.

A statement from Tayside Police Division reads: “Police Scotland can confirm that the body of a man has been found in Arbroath.

“Formal identification has yet to take place but the family of missing man Bailey Mearns have been informed and our thoughts are with them at this difficult time.”

Police Scotland can confirm that the body of a man has been found in #Arbroath. Formal identification has yet to take…

Hundreds of people joined in with search efforts after Bailey was reported missing from Arbroath earlier this week.

The 21-year-old had last been spotted on Strathairlie Avenue at 7am on Monday, January 6.

Earlier on Friday, a police helicopter joined the search for Bailey along with UK Coastguard teams and the Arbroath lifeboat.

Family of missing man informed after body found in Arbroath