Wetherspoon’s has slashed the cost of meals across Tayside and Fife today as part of a UK-wide effort aimed at demonstrating how value added tax (VAT) reductions could benefit the hospitality sector.

The chain has cut prices across nearly 900 pubs in the UK to protest against tax discrepancies that allow supermarkets to undercut pubs on alcohol sales.

The one-day promotion – dubbed Tax Equality Day by the chain – sees food and drink prices across 830 pubs in England, Wales and Northern Ireland drop by 7.5% on Wednesday.

Nearly 70 Wetherspoon’s pubs in Scotland will take part in the same price cuts – barring alcohol, which faces local restrictions on promotional sales. Both soft and hot drinks are included in the price cuts north of the border.

It is the second Tax Equality Day led by Wetherspoon’s – after the first in 2014 – and is meant to demonstrate how a reduction in VAT would benefit the hospitality industry.

While UK pubs are currently hit with a 20% tax for all food and drink, supermarkets pay 0% VAT on food, allowing them to use those savings to sell alcohol as a discounted rate, JD Wetherspoon explained in its release.

Wetherspoon’s chairman Tim Martin said: “We are keen to highlight the amount which customers would save if VAT in pubs were lowered permanently.”

Proponents of the change say an industry-wide VAT cut would boost demand, increase revenues, and put employers in a position to continue investing in pubs, restaurants and employees.

The British Beer & Pub Association, which has backed the initiative, estimates that 78,000 new bar and restaurant jobs could be created if VAT was cut from 20% to 15%.

“It is a win-win situation for the Government and our industry.” 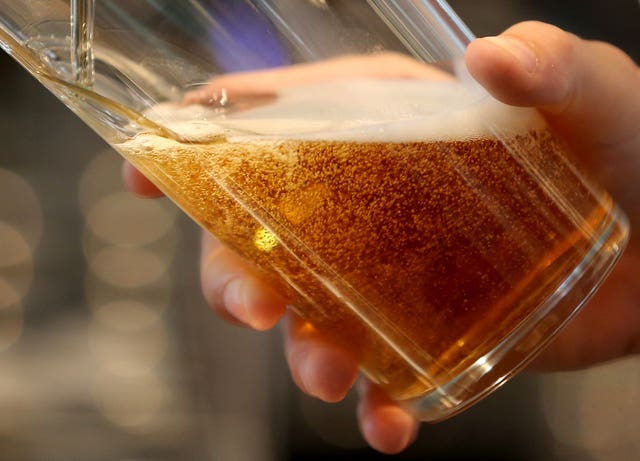 The Association of Licensed Multiple Retailers (ALMR) is also calling for a VAT reduction for businesses in the hospitality industry, which it said generates £60 billion per year for the UK economy.

It said a tax cut would provide support while Britain adapts to Brexit.

“Brexit has thrown up a considerable amount of uncertainty for businesses, but there is an opportunity for us to secure a more favourable rate of VAT for the hard-working businesses we represent,” ALMR chief executive Kate Nicholls said.

But Brexit-backing chairman Mr Martin used the company’s statements to accuse the EU of bullying the UK.

“As a result of their current posturing and threats, EU negotiators are inevitably encouraging importers like Wetherspoon to look elsewhere for supplies.

“This process is unlikely to have adverse effects on the UK economy, as companies will be able to switch to suppliers representing the 93% of the world’s population which is not in the EU, but this evolution will eventually be highly damaging to the economy of the EU.”

An increase in delayed discharges from Scots hospitals is risking the lives of elderly patients, experts warn today.

The patients, couriers, surgeons and nurses involved in a heart transplant reveal their role in the life-changing chain

It is a marvel of medicine, of ­sci­ence and of surgeons’ skill but, for 200 patients in Britain every year, a heart transplant is the difference between life and death.

News came this week that Boris Johnson intends to crash on with the construction of the bottomless money pit HS2, the high-speed rail link between London and Birmingham.

Ministers have been accused of “thoroughly shabby politics” after two drugs summits were scheduled a day apart.

A major collection of work by one of Scotland’s foremost contemporary artists has gone on display at Duncan of Jordanstone College of Art & Design. Calum Colvin is Professor of

SPONSORED: The Carpenters Experience heads to the Whitehall Theatre for one night only

Looking to be musically transported back in time this Valentine’s Day? Head down to the Whitehall Theatre this Friday to enjoy a performance by The Carpenters Experience that will leave

Look Closer is a photography exhibition running at Gallery 48 from February 1 until March 31. The exhibition displays images from the collections of three Dundee photographers: Claudia Starchevich, Jeni

With the most romantic day of the year fast approaching, couples across Dundee will be looking forward to an excuse to wine and dine. To give you a head start

Stockport gin sustainable edition is a gin aiming to raise awareness for the eco-friendly industry, whilst also helping gin lovers to their part for t…

The HM Home decorative plants collection includes a range of stylish indoor plant ideas, perfect for those looking to give their homes a touch of life…

The Nike Space Hippie trainers are the brands most environmentally friendly line of ever made, and they are 100 per cent vegan friendly.

It couldn’t be simpler to liven up our favourite drink.

Eco-friendly gin is a big trend this year.

Easter can be for grown ups too.

Every Tayside Wetherspoon has slashed the price of pub grub today, and this is why