All trains between Dundee and Edinburgh save for one service have been cancelled after the discovery of a sinkhole at Leuchars on Monday morning.

Network Rail said ballast stones below the southbound line had subsided as a result and that engineers would have to assess the depth of the subsidence.

The sinkhole came to the attention of rail staff at about 8.40am. 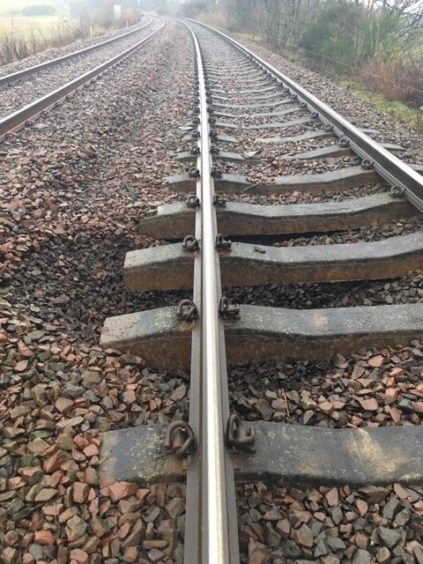 ScotRail, LNER and CrossCountry services are all affected and replacement buses have been put in place. 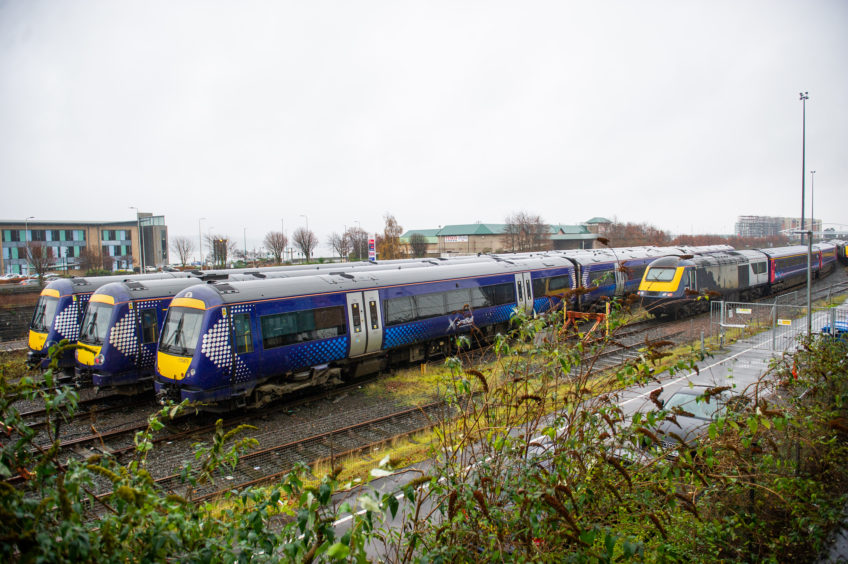 Network Rail say the sinkhole is more than 3ft deep and will need to be filled up with three-tonnes of ballast stones.

A sinkhole has caused a dip to open up below one of the lines at Leuchars.

It's around a metre deep & will require 3 tonnes of ballast (stones to go below the track) to fill.

Disruption is likely to last until the end of the day. @ScotRail @LNER @CrossCountryUK @CalSleeper pic.twitter.com/Pegmg5jrgN

ScotRail suspended all services between Aberdeen and Edinburgh after the sinkhole was discovered, although services from Perth to Edinburgh have been running as normal.

Widespread disruption was predicted to last all day.

A Network Rail spokesman said: “Our engineers are on-site working to assess the condition of the track and make repairs.

“We understand the inconvenience this incident is causing to customers and will reopen the line as soon as it is safe to do so.”

ScotRail said only one service would run from the Scots capital to Dundee on Monday evening – the 5.02pm from Edinburgh to Arbroath.

The firm posted: “Our 5.02pm Edinburgh – Arbroath service is the only direct service to Dundee this evening. It will have four carriages and be extremely busy.

“If you’re travelling to Inverkeithing, Kirkcaldy, Markinch or Ladybank, please take an alternative service if you possibly can.”

ℹ️ Our 1702 Edinburgh – Arbroath service is the only direct service to Dundee this evening. It will have 4 carriages & be extremely busy.

If you're travelling to Inverkeithing, Kirkcaldy, Markinch or Ladybank, please take an alternative service if you possibly can. ^Angus

ScotRail announced at 9.30am that a safety inspection was taking place near Leuchars and that no southbound trains would run.

NEW: There's a safety inspection of the track near #Leuchars, which means we're not able to run any southbound trains through the station just now. ^Angus pic.twitter.com/6vSO6oYy3z

ℹ️ #Leuchars – A safety inspection of the track at Leuchars means the line towards Edinburgh is closed. Trains running between Dundee and Edinburgh may be cancelled, delayed and revised.

Disruption is expected until 12:00.

The line towards Edinburgh was then closed completely pending further examination.

UPDATE: We've suspended our Aberdeen – Edinburgh service due to this disruption.

Services between Edinburgh – Perth will still run as scheduled.

Services between Edinburgh – Kirkcaldy/Glenrothes will still run as scheduled. ^Megan

Passenger Alan Morrison said he had boarded the 9.07 London-bound train at Dundee, but had to disembark to get on a bus to Edinburgh before boarding a train there.

Our track engineers are currently at Leuchars inspecting the railway after reports of a possible track defect. We'll keep you up to date, but follow @ScotRail, @LNER and @CrossCountryUK for live train running information. Thanks for your patience.

ℹ️ #Leuchars – Disruption is expected until the end of the day.

He said station staff were very organised but warned of long queues to board the replacement buses.

Passengers heading to Edinburgh and beyond faced delays of almost two hours before their journey finally got under way.

As of Monday afternoon, some 31 ScotRail services were cancelled as a result of “urgent repairs” to the track.

ScotRail described the disruption as “major”.

A spokesman said: “We’re sorry to our customers who have experienced disruption to their journey today.

“Engineers are working as quickly as possible to repair the sinkhole and get services back to normal.

“Anyone delayed 30 minutes or more can claim money back through the Delay Repay Guarantee on our website or mobile app.”