The Courier celebrated its 200th anniversary with a gala event at Verdant Works.

More than 160 people attended the bicentenary event, including dignitaries from across Dundee, Angus, Perth and Kinross and Fife. Also present were members of Courier staff past and present.

The backdrop to the event was a series of historical DC Thomson films, spanning from news and events in 1911 to the first use of the Courier’s new printing presses in 2013.

Courier editor Richard Neville welcomed those present before handing over to Lord Provost of Dundee, Bob Duncan, who said: “The Courier is a paper where contemporary events are not only reported but analysed – giving people an insight into what is really going on in the world on their doorstep and much further afield.

“Their slogan recently has been ‘Local Matters’ and that’s what makes The Courier special to the area – a paper from the community and driven by the community.”

DC Thomson chairman Andrew Thomson spoke of the family’s pride at seeing the firm’s first newspaper reach such a major milestone and he raised a toast to many years of continued success.

Ellis Watson, executive chairman of DC Thomson Publishing, spoke about the future for newspapers and Dundee.

He said: “It’s the best newspaper I have ever run and to be running it at a time when we’re at such a fantastic milestone is just wonderful.”

Speaking after the event, Mr Neville added: “This is a great occasion, celebrating a great newspaper.

“To reach this milestone is a real achievement for us and everyone who has ever worked for The Courier.

“It is a testament to the staff of today and previous employees that The Courier has reached 200 years – here’s to the next 200.”

The first edition on September 20 1816 was eight pages long and cost 7d, with an estimated print run of between one and three hundred copies.

Click the image below to read our special supplement 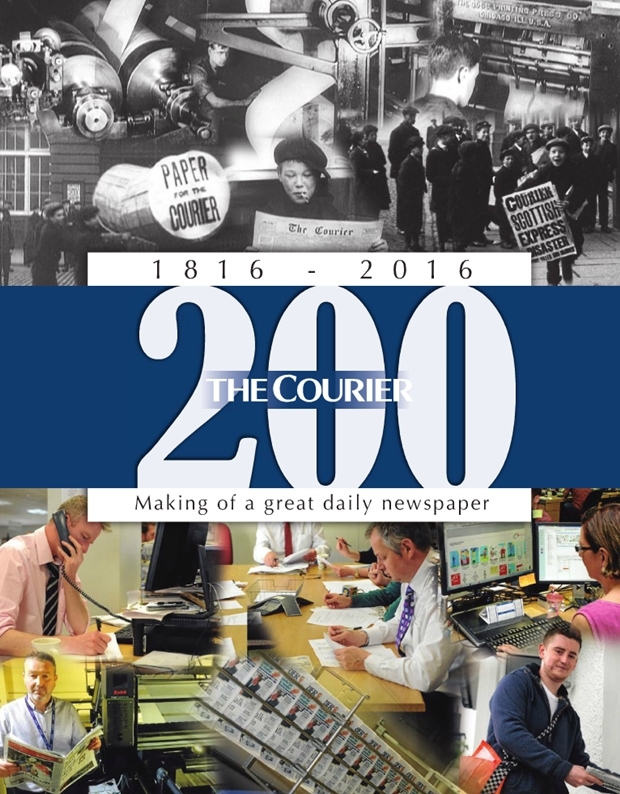